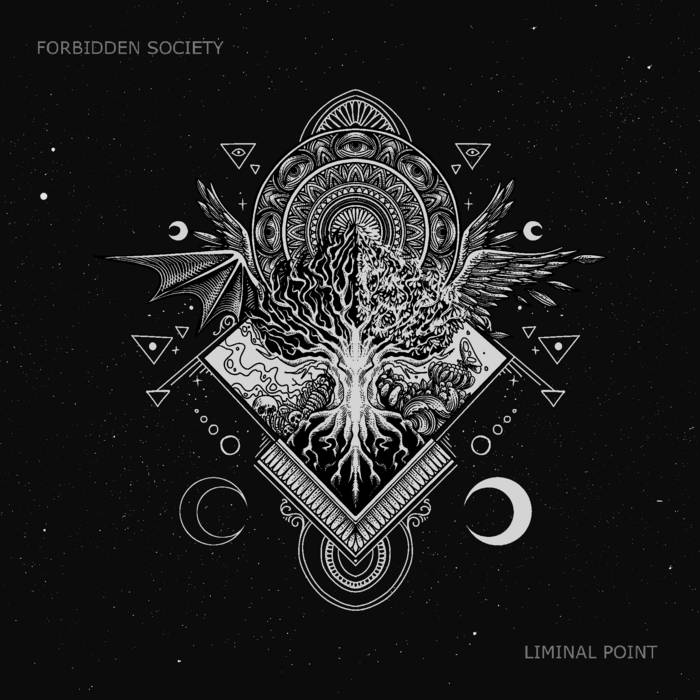 Forbidden Society has embodied what it takes to be an independent artist in the digital world. A label owner, head of a clothing line and a DJ, he’s proved himself to be a multi-faceted part of the drum & bass community, something which has carried through into his music. As well as being part of the hard-lined trio 3RDKND, his solo work has also gained him recognition. However, since his ‘Deadbox’ EP his music has taken a different route, featuring a more stripped back sound with minimalist roots, a change in direction which has been heralded by tastemakers. And this is something which is set to continue with a brand-new album, set to drop on his self-titled Forbidden Society imprint.
‘Liminal Point’ makes a return to the sounds which the Czech producer first started to explore throughout his ‘Deadbox’ EP. From the ruminating, rolling drum strokes of ‘Bottom Check’, the percussion heavy sounds of ‘Pin’, to the half time breakdowns of ‘No Boundaries’ and the winding rhythms of ‘Sold out Ego’, you’re taken deep into Forbidden Society’s murky world. ‘Dreamcatcher’ continues the track list, building an ethereal soundscape with ghost-like samples, whilst ‘Swamp Rave’ is more reminiscent of the producer’s cross breed roots. Title-track ‘Liminal Point’ focuses on a more melodic, rising synthesis meanwhile tracks ‘Explorer’ and ‘Death Born’ take you through different subsections of the drum & bass genre. Once again, ‘Always Imperfect’ makes a return to the half-time vibes although this time with a disjointed twist, followed by a more liquid themed offering in the form of ‘Ocean of Thoughts’. ‘Peaks’ with its bass heavy distortion and the 140 edit of ‘Don’t Stop’ alongside Killa P then draws the LP to a close. It proves the album is one of Forbidden Society’s most versatile deliveries to date, further highlighting his artistic self-discovery.
Forbidden Society continues his quest and does so successfully, while remaining independent.