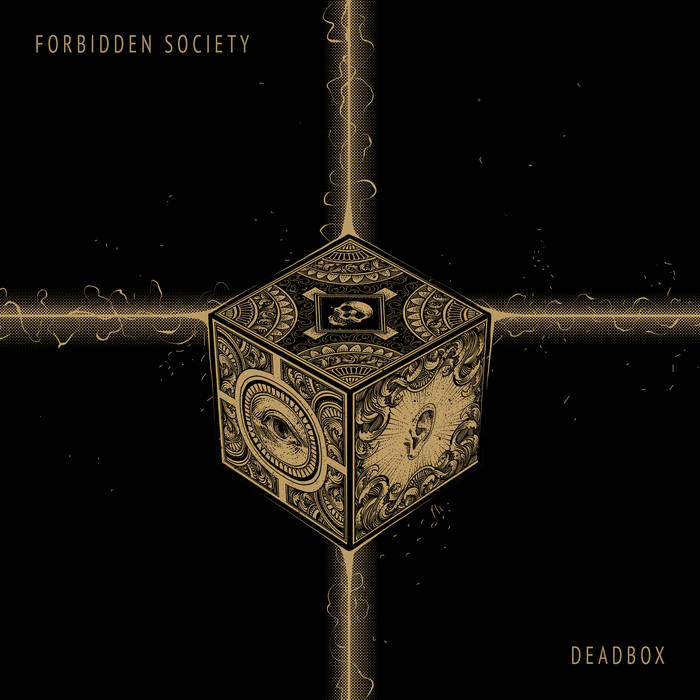 Forbidden Society is a name which many seasoned drum & bass fans will be familiar with. Not only is this the pseudonym of a tastemaker within the Czech Republic, it’s also the brand which the producer has built around his hard-hitting cuts. Jindrich Brejcha has built the label from its foundations and as a result, he’s become one of the most prominent musical influences hailing from its home country. However recently the new direction which he’s undertaken has resulted in him moving over from the otherwise cut-throat levels of bass he’s championed, to moodier, more rolling beat patterns which still highlight Forbidden Society’s darker undertones.
The next part of his discography demonstrates the hard-hitting, finely tuned production which he’s become renowned for, although through a different lens. And it’s a course which his vast audiences will welcome with open arms, especially due to the high-arching skillset which Forbidden Society molds around this new sound. The ‘Deadbox’ EP features eight brand new selections, rolling through from its growling title-track, to the aptly named ‘FCK Publicity’. It’s an introspective look into the journey of Forbidden Society, one marked by tracks like the ones given a platform throughout the ‘Deadbox’ EP.
‘RattleSphere’ with its shaking percussive patches drives you into the new sphere which Forbidden Society is reigning supreme over, whereas tracks like ‘Empty Eyes’ and ‘Rustler’ continue to move you into his subterranean depths. ‘Go to Hell’ and ‘Swag Walk’ follow his descent, whilst ‘Reason’ completely flips the switch, unveiling an unknown subsection of his musical landscape, one pinpointed by sweeping melodic layers. Then finally, ‘FCK Publicity’ is a lumbering, half-time delivery and ‘Deadbox’ is a raucous, heavy hitting offering with its slamming kick drums.
The EP guides you through Forbidden Society’s change of course – but it’s one which still platforms him as a tastemaker of his craft. Something which certainly won’t disappoint his huge following.